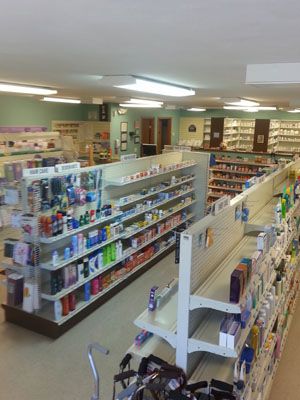 Pine Hill Pharmacy was started in January of 2008 by Walt Coolbaugh as a new business. Dr. John Eppolito was interested along with the community in having a retail pharmacy in his medical building for the residents in the Cato-Meridian area.

The business grew and has become a cornerstone in the area for providing prescription and medical supply services for northern Cayuga county and surrounding areas.

The Pharmacy offers a full service prescription and medical supply inventory. The store also offers a card and gift section with greeting cards marked 50% off everyday. A full line of over-the-counter (OTC) medications is also available along with a large selection of durable medical equipment, orthopedic braces, and first aid supplies.

A large vitamin selection is also contained within the pharmacy. The store gets daily deliveries from Rochester Drug Company and typically can special order any item and have it the following morning in the store for pick-up. The pharmacy does offer free delivery service and soon will be offering curbside service at the store (vs. drive-thru) for the handicapped and expectant, or new mothers. There will also be an expanded snack and refreshment section soon. 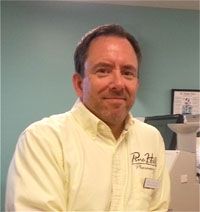 Craig graduated from the Albany College of Pharmacy in 1984. He began his career in 1984 at Brewerton Pharmacy and worked his way up to Supervising Pharmacist. He managed the pharmacy department and assisted in managing the front end of the store for 24 years.

Craig helped to grow that business under the ownership of Nick and Nancy Chervinsky as they expanded to 3 independent community pharmacies in Brewerton, Central Square and North Syracuse. Along the way he studied prescription compounding and became certified by PCCA. After 24 years at the independent pharmacy, Craig moved into a supervising pharmacist position with a local chain drug store where he learned a great deal about the business side of pharmacy and became a NYS certified immunizing pharmacist while employed there.

After a 4-year stint with the local chain store, he moved into a part-time position at Pine Hill Pharmacy in 2012 and also worked at a long term care pharmacy, Harbor Pharmacy, which was owned by the Branshaw Family of Wayne Drugs in Oswego.

After 2 years of working and eventually managing the Long Term Care pharmacy, Craig realized his true passion lied in independent community retail pharmacy, which he was fortunate enough to have settled into at Pine Hill. Craig then began the process purchasing the pharmacy in early 2014.